Thru You Too is a music album composed of unrelated YouTube videos, created by an artist called Kutiman.

Kutiman is one of the most experimental artists in the world right now, and he demands more attention than he’s received thus far. 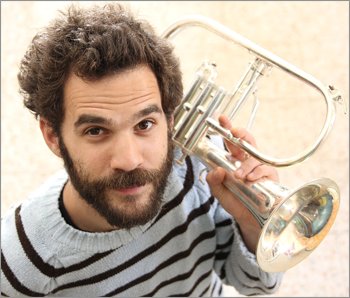 He creates his music by weaving together videos that have been uploaded by amateur musicians and other YouTube users around the world. Songs combine videos of users playing guitar riffs, hitting drums, and playing a variety of unusual instruments and singing. Kutiman edits each of these sounds into loops, playing along with their videos and combining to create a cohesive song. The result is unique and extremely exciting, and the effort that goes into creating the songs is readily apparent.

An Innovative Combination of User-uploaded Music by Unknowing Participants

Thru You Too is essentially a full-length album, hosted for free with an accompanying video for each track. All of the music comes from individuals who were bold enough to share their own musical creations with the world on YouTube, but Kutiman is skilled at combining them in a sensical, enjoyable manner. As Kutiman describes on the site, “none of the players knew that they were participating.” Still, without their efforts, the project wouldn’t exist. It’s a testament to the changing nature of the music industry, and a truly 21st century musical creation. It’s his second project of the sort, and the similarly impressive ThruYou album, which was released in 2009, is also available to be freely streamed. If you’re unfamiliar with his approach to music creation, any one of Kutiman’s tracks should pique your interest.