10 Famous Songs You Had No Idea Were Covers 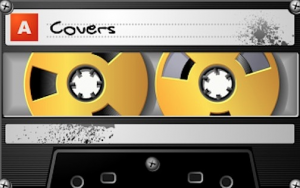 I thought that song sounded familiar…

Sometimes when we hear the band we love, we think it’s the best song the best band , but what if that song you loved so much , WAS NOT OF THEM ? We often hear our favorite song , and we think this band is the best in the world by the song we love , but maybe that song that makes this band so special , not even close created by them. So today we bring you the songs are covers , so you start to listen to the real band that makes that song you love.

Whiskey in the Jar  – Original by The Dubliners, Cover by Metallica

The Original is a typical melodic song of Ireland, in his history of the betrayal of a thief who suffer at the hands of a woman. Maybe I prefer the cover…

Where did you Sleep Last Night?- Original by Lead Belly, Cover by Nirvana

Really this is a good song . In the hands of Nirvana it sounds different and strong. The voice and the music here made a new song.

Hey Joe- Original by The Leaves, Cover by Jimmy Hendrix

This song is a popular American song from the 1960s that has become a rock standard. Many artists use this song. But we know it best by the magical hand of Jimmy. That’s why this song is special and better than the original.

A Funk song written by Stevie Wonder. But is there really a big difference in the hands of these rockers? It’s a mix of rock and funky.

This rock song was written in 1975 . The song was made famous by  Joan Jett and The Blackhearts. But the princess of pop made this version the one all teenage girls want to rock out to.

This song was composed by Ed Cobb, formerly of the American group The Four Preps, but originally recorded by Gloria Jones in 1964. Many artists cover this song in the original way. But the most interesting version is Marilyn Manson and his dark side of love cover.

I Will Always Love You- Original by Dolly Parton, Cover by Whitney Houston

This song  was written, composed, and originally recorded by American singer-songwriter Dolly Parton. The country track was released on June 6, 1974. But the power of the voice and the movie that Whitney Houston made with this song is SUBLIME.

Twist and Shout- Original by Phil Medley, Cover by The Beatles

The original song was written by Phil Medley. The Beatles, on their first album ‘Please Please Me’ cover this great song, to show how The Beatles moves the hair… But most importantly, The Beatles always made a cover great.

She just wanted to have fun, so Cindy Lauper borrowed some of Robert Hazard’s. Most importantly, we’re all having some fun with her cover.

This song was written and recorded by Lee Hazlewood and Nancy Sinatra in late 1967. Then the mix of Primal Scream, Kate Moss, added some color, spice, glam and power to this amazing song.