Yo allows users to communicate with each other by sending a single message: “Yo.” 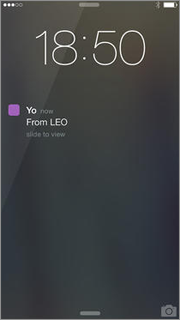 Yo is either the world’s greatest app or a symbol of an impending tech bubble, but nowhere in between. Despite its overwhelmingly simple function — allowing users to send text and audio of the word “Yo” to each other and nothing else — it has been an immense success. The app quickly gained more than a million users and just as many dollars from investors. The app, reportedly created in eight hours by developer Or Arbel and released on April Fool’s Day, really only allows users to send that one word to each other. It’s success represents a growing trend in ridiculous concepts that are being widely used for their almost comical simplicity. Emojli, the emoji-only social network, also comes to mind. 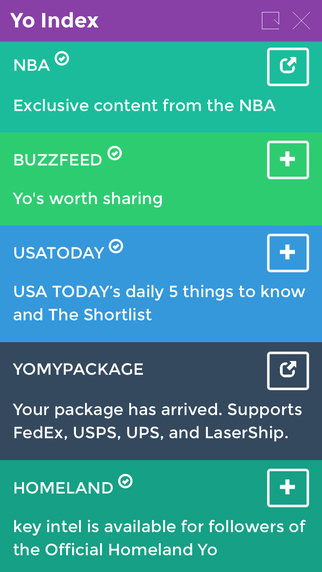 It’s difficult to determine whether Yo is dumb or genius, and whether or not the massive amounts of money being pumped into products like this is going to cause some sort of tech collapse. That’s also for investors and business owners to worry about, and for now users should enjoy whatever’s being offered to them while creators should enjoy however long the buzz lasts. To write about Yo almost detracts from its greatness. It’s one of those apps that has to be used in order to be fully experienced. The term “Yo” itself has always had a multitude of meanings, it just took until the creation of the app for users to recognize its limitless potential. Yo? Yo.