Magnum PleasureHunt: A Conga Line Across The Web

Magnum PleasureHunt is an in-browser game created for the company’s 25th anniversary in which players lead a character in a snake-like game across several webpages.

Magnum Chocolate and ice cream has created an interactive game in order to celebrate its 25th anniversary. 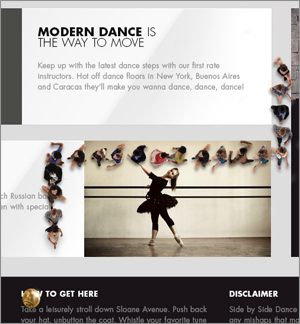 The game is based on snake — as you control a character and attempt to pick up balloons as she walks around the browser. The more balloons you pick up, the more people that “join the party” and appear behind the person you’re controlling. If you run into the sides of the browser or into your own conga line, you lose a life. After three chances, you’re given your final score that can be shared across social media platforms.

Magnum PleasureHunt is a smart promotional campaign the way it is, but it also offers the unique gameplay of moving a character across a screen. Although the character walks over fictional websites for non-existent sites like AudioShack.com, the sites are designed in a way that they could be real. Aside from offering obstacles for the game — when you cross a spinning record on the AudioShack site, for instance, your character gets swiveled around — this gameplay style could be used to get players to read all parts of a particular page. For now, enjoy the levels they’ve set up and honor the admittedly delicious ice cream company.