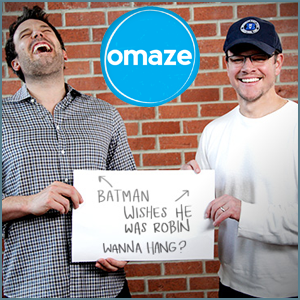 Omaze is a platform allowing users to win once-in-a-lifetime experiences with artists, athletes and celebrities while donating to social causes.

Support Charities for the Chance to Win Awesome Experiences

Omaze is an intelligent idea that uses the power of celebrity to promote social causes. 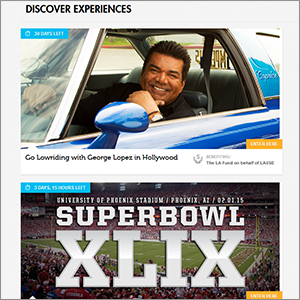 It’s a tactic that’s often used by charities and organizations, but in this case the playing field is much more leveled. The site lets users bid $10 or more each on specific entertainment packages with a well-known figure. Examples of experience titles include “Go Lowriding with George Lopez in Hollywood” and “Be Roommates With Max Greenfield on the Set of New Girl.” Airfare and other associated travel costs are even included in each experience. Each bid corresponds to a specific amount of entries to win, and users can choose to give anything from $10 to $10,000.

Each bid on Omaze also results in a donation to a charity that’s linked to that particular celebrities cause. 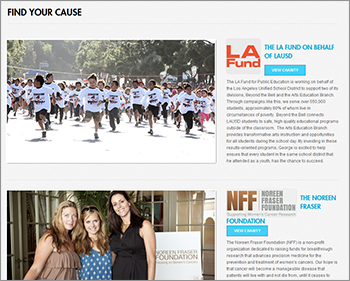 Money spent in an effort to win the George Lopez prize, for instance, goes towards the Los Angeles Unified School District. Money spent towards the Max Greenfield prize supports Chrysalis. The fact that anyone who donates could potentially win the contest makes for an exciting, equitable selection process. Although you get more entries for donating thousands of dollars, someone who only donated $10 could potentially still win the experience. No matter what, the money is still being directed to a good cause. Omaze, of course, is a for-profit company, and it does keep a relatively high 20% of all donations.