Codemoji: A Fun Way to Learn about Cyphers 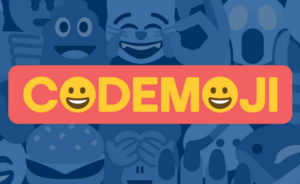 Pretty much most of the text we send today include emojis. Now with Codemoji, we can start creating messages with them.

If you’re living in this century, have a smartphone, and text on a daily basis, you’ve probably sent an emoji once or twice. And while we can include emojis in the conversations we are having, wouldn’t it be cool to have your whole message written in emojis? With Codemoji, your dreams have come true. Codemoji is a fun tool to learn about ciphers, while using your favorite emojis. Think of a message you want to send your friends, then pick an emoji to cypher the message, and then see what the whole message looks like when written in emoji. The whole process is like speaking in code. You can also send your friends the messages and give them clues to help them solve the puzzle. Codemoji is now one of the coolest ways to communicate using emojis!