9 Most Anticipated Motorcycles for 2015 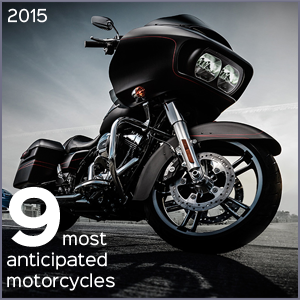 As far as motorcycle releases are concerned, 2015 is shaping up to be one of the most exciting in recent memory.

There’s new motorcycles to cater for all tastes and levels of experience, from supercharged track only weapons to small capacity learner bikes to machines that are pushing the envelope with technology. Below we take a look at the most exciting new motorcycles coming in 2015, including a few that aren’t yet officially announced.

No other company stole headlines like Kawasaki did in 2014 their viral marketing campaign of the Ninja H2. Yes, despite all the hype leading up to its announcement, they still managed to surprise us with the initial release of a track only machine. The Ninja H2R has eye watering specifications – 300 horsepower and a power to weight ratio of 1.39 hp/kg – numbers never before seen on a production motorcycle. It also has tree stump pulling amounts of torque and looks like a transformer on steroids.

Sure, you can’t ride it on the street and the cost of the machine means only a handful will ever ride it, but it’s nevertheless exciting to see what Kawasaki has done here. While we feel the street legal Ninja H2 is actually a bit disappointing, both machines lay the foundation for Kawasaki to innovate with supercharger technology into the future. 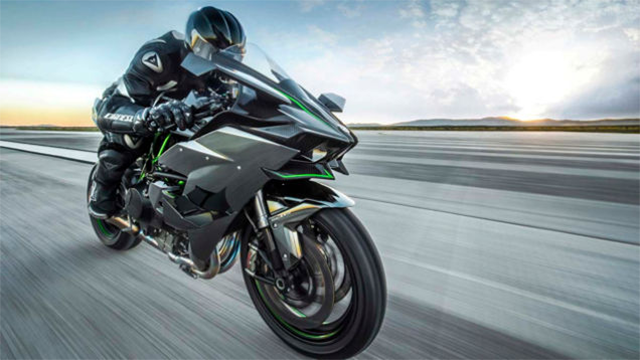 There’s very little known about the new Yamaha R6 and there’s every chance it won’t actually make it until 2016, but rumors as recently as October last year indicated that Yamaha was close to announcing it at the same time as the new R1. Yamaha has had a busy year in 2014 and 2015 will be no different.

It would make sense for Yamaha to update the R6 this year – it would keep it ahead of the pack against its Japanese 600cc rivals, plus all the hard work has already been done with the R1 as the YZF-R6 will use much of the same technology as its bigger brother. 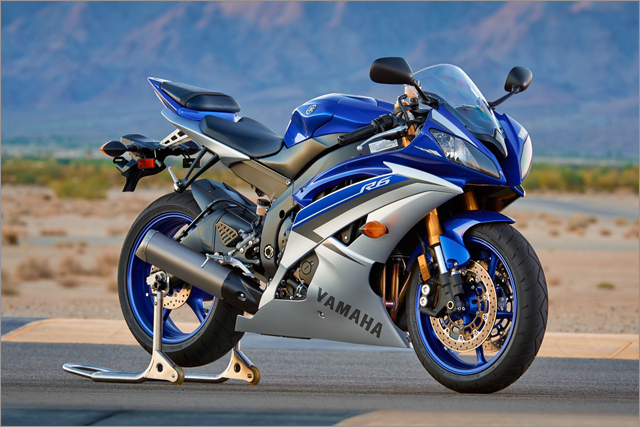 If you were to be asked the question as to what the most technologically advanced motorcycle will be in 2015, the answer is the Ducati 1299 Panigale. It’s packed to the rim with the latest in rider aids which are no doubt needed when you look at the amazing performance figures from the Italian machine.

Despite housing a 1299cc engine that outputs a massive 205 hp, the 1299 Panigale only weighs 420 lb fully fuelled. That’s only 50 lb more than the Yamaha R3 also on this list and it only makes 42hp! It’s an incredible figure and gives the 1299 Panigale a power to weight ratio of 1.07 hp/kg – more than just about any street legal motorcycle ever produced (yes, including the Ninja H2).

The other amazing thing about the new Panigale is the torque characteristics of its engine. It has peak torque of 144.6 Nm which is huge, but what’s even more amazing is that at 7,000 rpm it puts out 117 Nm – that’s more than the peak torque for the BMW S 1000 RR, Aprilia RSV4 and the new Yamaha R1. 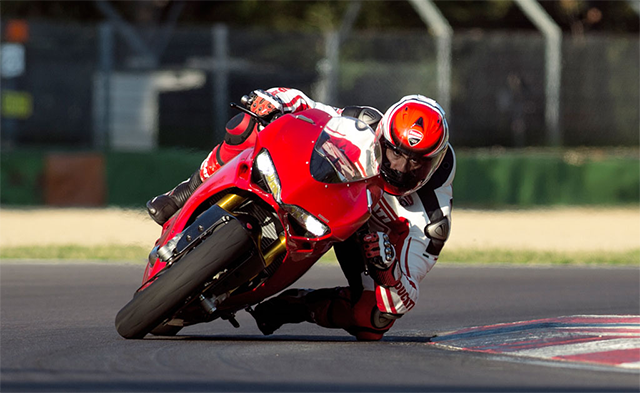 Ever since the GFC hit, the Japanese motorcycle manufactures have been in a holding pattern, tweaking their existing line-up of superbikes to save as much money as possible. Yamaha was the first to blink with their new R1 which is the most advanced bike from Japan yet.

There will be two versions of the new literbike – the R1 and R1M. Both will output 197 hp and 112 Nm, both will get banking-sensitive Traction Control, as well as Slide Control, Anti-Wheelie Control, Quickshifter, Launch Control and ABS. Both will also feature Yamaha’s Inertial Measurement Unit (IMU) is the first on production motorcycle featuring six axis of measurement: It consists of a gyro sensor that measures pitch, roll, and yaw, as well as an accelerometer, or G-sensor, that measures acceleration in the fore-aft, up-down, and right-left directions…all at a rate of 125 calculations per second.

The more up spec R1M will get the added inclusion of Öhlins Electronic Racing Suspension, carbon fiber bodywork and an onboard GPS system that can capture track data plus communicate with a smartphone to analyse telemetry and change bike settings. 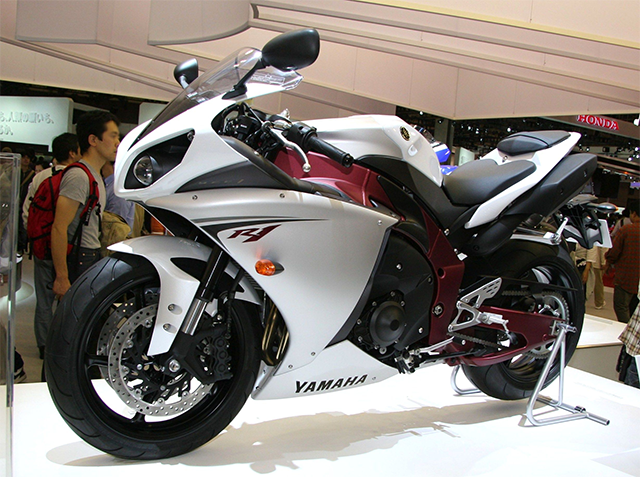 Honda AfThe new Africa Twin isn’t official at this stage and it may not even be named Africa Twin in the end, but after showing its True Adventure concept at EICMA in November we do at least know that Honda is serious about getting back into a category it’s sorely lacking representation in.a Twin

The new Africa Twin probably won’t satisfy the diehard off roaders, given that it’s likely to be a fairly hefty 1,000cc machine, but it’s probable that the new Honda will be the first of many to be based on the same platform so smaller capacity (and therefore lighter and more nimble) machines will follow in due course.

At this stage, little is known about the return of the Africa Twin, other than it will feature a 1,000cc, liquid-cooled parallel-twin with the option of Honda’s Dual Clutch Transmission. Expect an announcement from Honda in the second quarter of 2015. 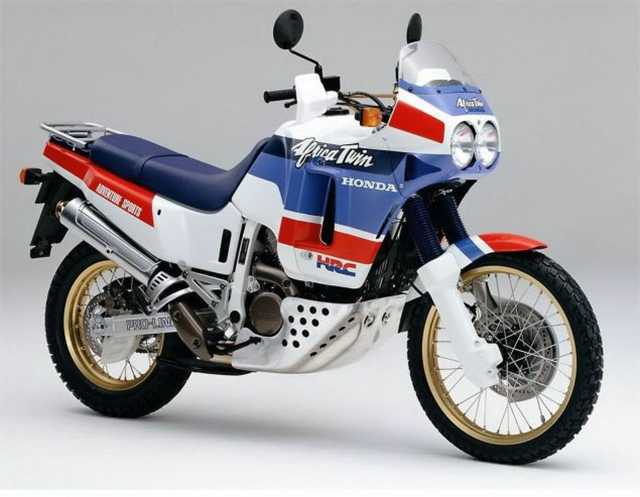 Had this article been written and published a week earlier, the Suzuki Recursion would have been left off this list purely because no one knew it was going to be made. But Japanese magazine, Young Machine, published on the front page of its latest issue that the Suzuki Recursion, a turbocharged motorcycle, would be soon going into production.

The Recursion concept was first shown at the 2013 Tokyo Motor Show and featured a 588cc, parallel-twin, turbocharged engine. Further details were leaked and it was disclosed that the Recursion would output a decent 100hp @ a low revving 8,000 rpm and a very impressive 73 ft-lb @ at only 4,500 rpm – making the Recursion more of a real world forced induction motorcycle than either than Ninja H2 or H2R.

There’s no word yet on whether those technical specifications remain true but if they do, it could herald the return of Suzuki as a desirable brand. 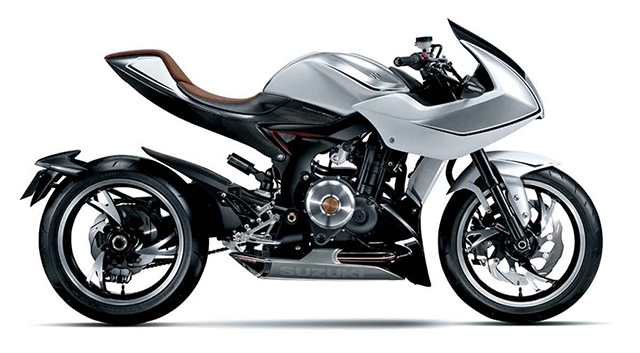 The Ducati Scrambler will probably be the most important motorcycle released in 2015 and it’s not because it’s the most attractive, or quickest or technologically sophisticated. In fact, it’s none of those things but it is the motorcycle most likely to bring new riders into the sport and that has the industry very excited.

Like the Yamaha R1 and Ninja H2, there was a lot of hype around the announcement of the Scrambler, which is loosely based on models of the same name that Ducati produced in the 1960’s and 70’s. It’s has an old school air cooled engine, single front disc brake and other than ABS (which you can turn off) has no electronic aids whatsoever. But it’s cheap (for a Ducati), it looks good and it’s being targeted at a youth market which the motorcycle industry in the western world at least is desperate to better penetrate.

The early reviews for the bike have been very positive and there’s a high likelihood that the Ducati Scrambler will outsell all of Ducati’s other models combined. Expect every other manufacturer to rush to join the bandwagon as quickly as possible. 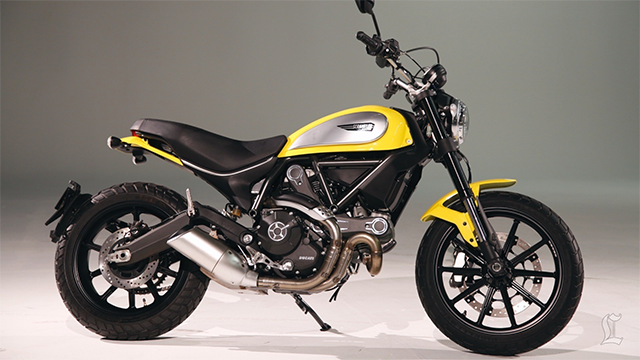 The little Yamaha may only pump out 42 hp but it’s a machine we’re excited about. Alongside the Ninja 300 and KTM RC390, there’s never been a better time in recent memory for fans of small capacity motorcycles and the R3 has a chance of being the best of the bunch.

While the R3 gets a few extra cc’s over the Ninja, it’s not a case of Yamaha purely focussing on a bigger capacity machine – the bike weighs less than the Kawasaki and even more importantly, costs less too.

It looks the goods too – certainly not as polarising as the new Yamaha R1, looking like a more traditional sportsbike. The Yamaha R3 will come standard with ABS in most markets and will start hitting showrooms in March 2015. 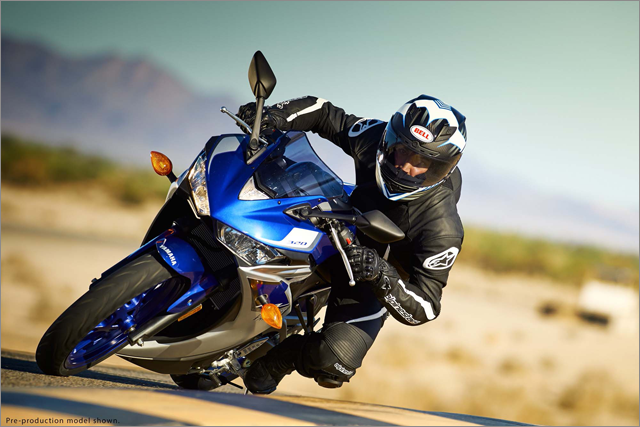 Compared to the Ninja H2, 1299 Panigale and Yamaha R1, it’s almost easy to overlook the superbike from BMW Motorrad but that would be grossly unfair as the S 1000 RR has had a complete overhaul for 2015 and remains probably the best value superbike money can buy.

When it was first released in 2010, BMW blew the competition away – it’s only now that the likes of Ducati and Yamaha have caught up and passed the German manufacturer, but the S 1000 RR still has plenty to offer.

Weight is down 9 lb, power is up 6 hp, it’s got just about all the electronic aids that the competition has and yet it undercuts the Yamaha R1 by nearly $1,000. That’s right, a high end German bike is cheaper than the similarly spec’d Japanese machine. We live in strange times. 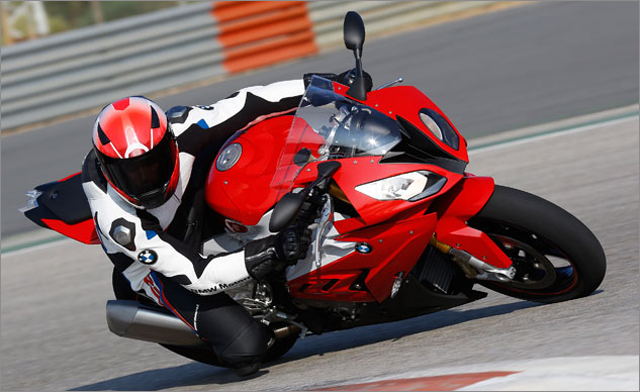 This is another motorcycle that only just made the cut due to timing. MV Agusta announced its pricing for the US market a few days ago and at the same time inadvertently confirmed that the WSBK spec F4 RC would be entering into production.

At $46,000 it’s hardly a cheap bike, but looking at its specifications it’s actually great value. The price is the maximum that MV Agusta is allowed to sell the machine for under WSBK homologation rules – this is a machine purely made to race and the spec sheet confirms it. 210 hp, titanium exhaust, carbon fibre fairings, magnesium covers, titanium screws, li-on battery and so on – this is a machine made to be as light as possible.

So if you’re dying to spend nearly $50,000 on a motorcycle this year, we’d recommend this one. 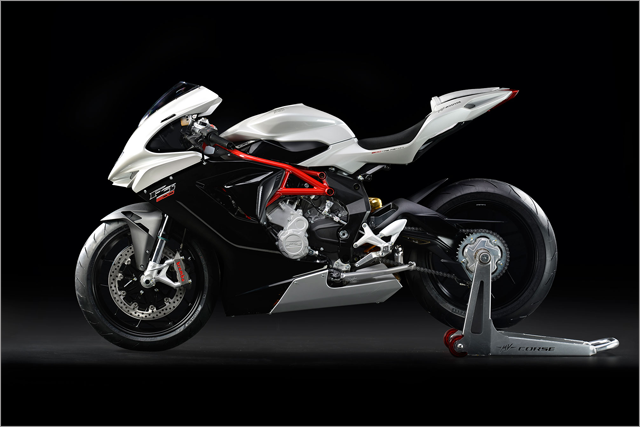 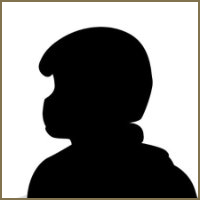 Visit our Motorcycle homepage for all the best bike related websites!

Ewan Fleming is a journalist for TheRideAdvice.com, a motorcycle blog with a focus on motorcycle safety, technology and news. When not writing about bikes, he’s often riding in the local mountains.