Emphas.is – Crowdfunding Photojournalism: How To Be Part of the News 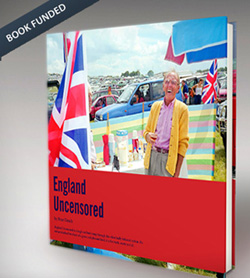 Emphas.is -Photojournalism. It’s something we often take for granted. But it’s what makes so many news stories that we follow so engaging. Photojournalism also allows news to extend its boundaries, because reading about runaway toddlers and sparring Republican Presidential candidates only remains interesting for so long… It brings us incredible images from around the world, like those you’re currently seeing of the conflict in Syria, or those of the scenes following the recent death of North Korean dictator Kim Jong Il. There is however one problem… Photojournalism about so many world issues that matter costs money to produce. And there are so many potentially groundbreaking projects to be fulfilled out there.

That’s where Emphas.is steps in: for a minimum contribution of $10, you have the unique opportunity to be a part of new and exciting photojournalists’ projects, on the issues you care about. On this site, there’s no in-between news agency, controlling what news you see and what you don’t. You help fund the journalists… and they publish their projects directly to you. And depending on your backing of the story, you can even be invited along by the photojournalist for the journey! The offer is simple: “Be part of the story”.

There’s a great variety of projects you can join and collaborate with: a good example would be a proposal to portray the Arctic with an expedition to North Taymyr, Siberia to report the changes the population is facing; depending on the amount of money you invest you can either get some “behind the scenes action” or “a set of 3 signed collector’s prints” for a thousand dollars. A project has to reach 100% or more funding by the end of a set deadline, or else the money is returned to the backers. When a project is fully funded the money is transferred to the photojournalist, who has to keep their supporters updated about the progress of the story through blogging, video and pictures.

In a completely different category is the book “UK Uncensored” by Peter Dench, whose main aim is to show a real non idealized England, the “badly behaved nation” in a humorous way. Many of the projects have already been fully funded and raised even more money than their goal. Still, there are lots of great ideas that need finance to become real. It’s only a matter of crowd-funding: “making the project you care about happen by pooling resources.”

Watch the cool video below, and then click here to see how you can make a difference to this interesting project.