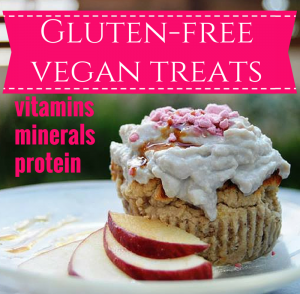 These 6 desserts are both delicious and healthy.

There is a constant dichotomy within us: one part of us wants to be healthy and lean, and the other wants dessert. While most of us may hope for a diet pill that will enable us to eat anything we want (hint: desserts), realistically, we need to do chose one of these two options:

Most People I Know Would Prefer The Second Option.

Many public health organizations, including the American Diabetes Association, the American Heart Association, and the American Cancer Society, recommend legumes as a key food group for preventing disease and optimizing health. The optimal recommended serving ranges from ½ to 1 cup of legumes per day. The health benefits of legumes vary by type, but generally include heart disease prevention, digestive tract balancing, blood sugar regulation, inhibiting development of certain types of cancer and more. Legumes are rich in both fiber and protein; you won’t find this outstanding protein-fiber combination in fruit, vegetables, grains, meats, dairy products, nuts and seeds, or seafood.

So, The Secret Ingredient Is… LEGUMES!

Here Are Some Notable Examples Of 6 Gluten-free And Mainly Sugar-free Desserts:

Black beans are rich in protein, iron, vitamin B1, copper, manganese, magnesium and more. In Brazil, which along with India grows more black beans than any country in the world, beans are recommended as their own unique food group on the Brazilian Food Pyramid!

These cupcakes will win and protect your heart due to their cardiovascular benefits. However, they still include that fulfilling chocolaty taste! View full recipe here. 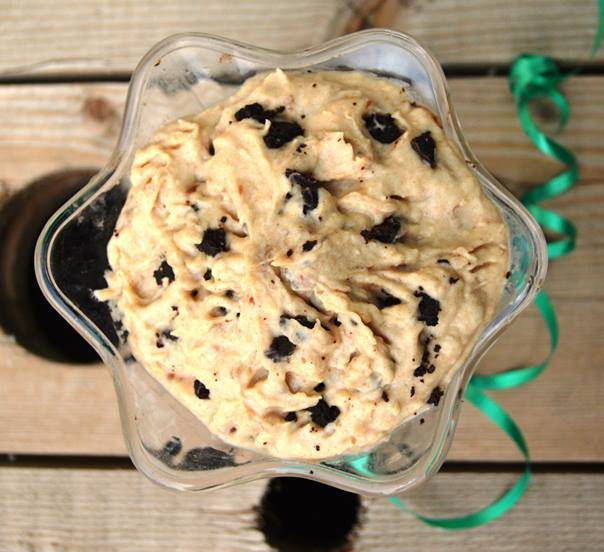 This dessert is by far the most popular among my friends and family as it is so simple and fast, yet so tasty and nourishing. Within minutes you will whip up one of the tastiest desserts that is both sugar-free and actually really good for you. Full recipe here. 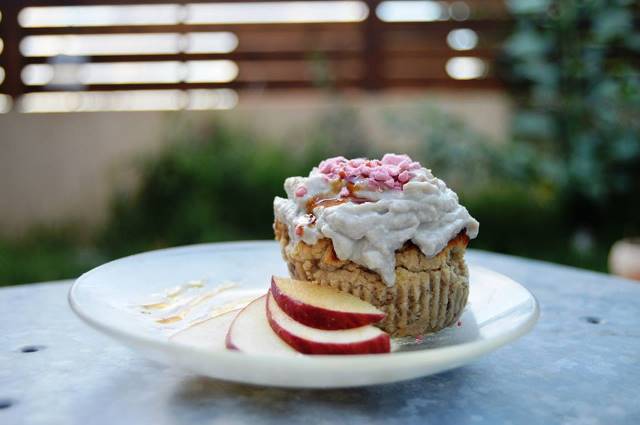 This beauty is actually really simple to make. The ingredients are pretty much the same as the cookie dough above, with the addition of cubed apples and some orange peel. The cookie dough above can actually be used as the icing (how convenient – just save some mixture for later!) or you can go all out and make a healthy icing from silky tofu, agave and pomegranate powder. Full recipe here.

My favourite legume of all is the garbanzo bean because it’s the base of the classical Mediterranean hummus, of course! In search for a healthier chocolate spread than Nutella, I came up with the Chocolate hum-muss that my toddler can no longer live without! It’s up there with banana ice-cream in the category of easiest to make, and yet it is the epitome of 100% natural and nutritious. Full recipe here. 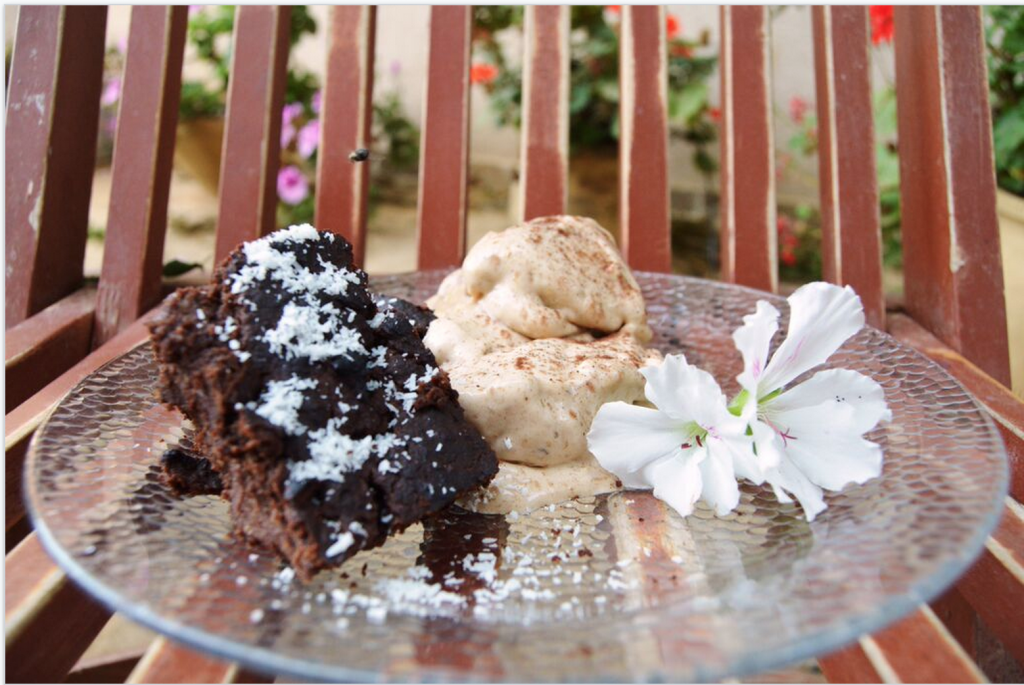 It has become my tradition to try and see what happens to various creams and mousses once they bake in the oven. Turns out that baking Chocolate hum-muss makes delicious brownies! And guess what? If you save some Chocolate hum-muss, you can use it as icing! Full recipe here.

Gogel Mogel is an Eastern European dish and a health remedy of Yiddish origin. The dish consists of raw egg yolks and sugar, beaten and ground until they form a creamy texture. My grandmother used to make it for me when I was sick and also when I craved something sweet.

Why is this significant? Because when fluffed by a mixer and baked in the oven, this mixture transforms into meringue cookies!

A vegan food scientist recently discovered that the texture of an egg yolk can be replaced by the gazbanzo bean brine! You heard it. Basically whether you soak dried garbanzo beans before cooking or you use canned beans in preparation of the desserts above, you can use some of the liquid from the soaking or the can to prepare Gogel Mogel or meringue cookies. Or you can make Gogel Mogel Candy Bites. 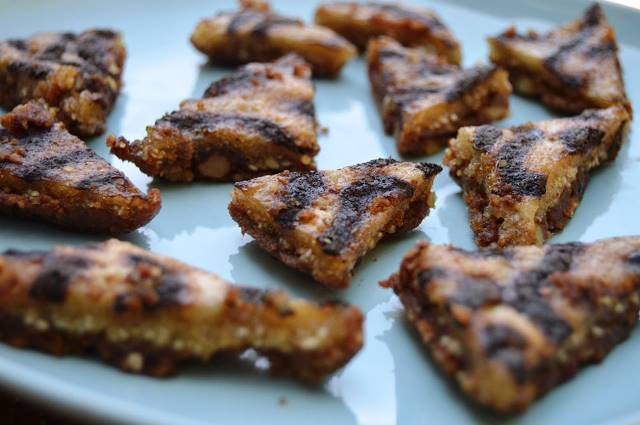 The story behind this dessert is simple: they were a mistake. I was overconfident in my ability to whip the vegan Gogel Mogel into the meringue mix without a stand-up blender after the said blender broke. When I realized that it wasn’t possible, I decided to line a pie pan with a blended nut-and-date mixture to make it into a meringue pie. To my delight, the pie had risen while in the oven. When I turned the heat off, to my dismay, the pie had quickly fallen on its base. Upon closer examination that made for some incredible pattern as well as an unusual, very sweet and quirky taste.

The full recipe can be found here. I know, I know. This one does not appear to be as healthy as the rest, as it does contain way too much sugar. In my defense, I did use the coconut kind (the healthiest granulated sugar out there), and grounded it in a coffee grinder to be able to be used in Gogel Mogel. You can also use molasses, with its many health benefits. This one is just way too beautiful and tasty to pass up.

I hope that legumes become a regular ingredient in your desserts the way they are now in mine!

Yael is a techie, a vegan food and travel writer, an active member of the health and fitness community. She founded a natural food supplements company, Pure Standard. She blogs on a variety of subjects, from health to technology.