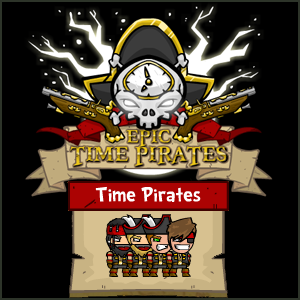 Epic Time Pirates is an arena based shooting flash game where you shoot your way through a fast paced and brutal battle against other teams. 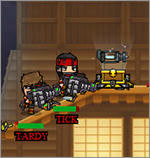 On Epic Time Pirates you play space pirates who travel through time to fight in an epic battle against zombies, monks, other pirates and more. Your goal changes on each mission; death matches, securing control points, capturing the enemy’s flag and more… 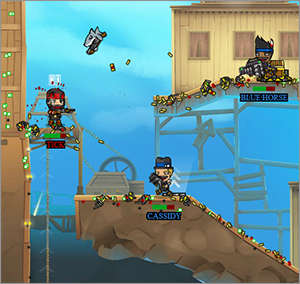 But on all of the missions you basically run around with your crew and blast your foes to dust. As the levels increase you unlock new guns and can even buy pets that give you an added boost. At the beginning the game can be a little overwhelming, with figures running around and shooting at everything… But when you get a grip of the controls and get accustomed to the fast pace of the game, you find out that its super addictive! Give Epic Time Pirates a chance, you will not regret it! 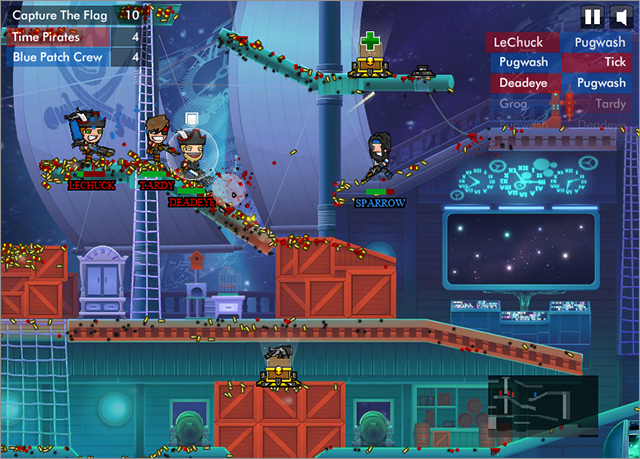 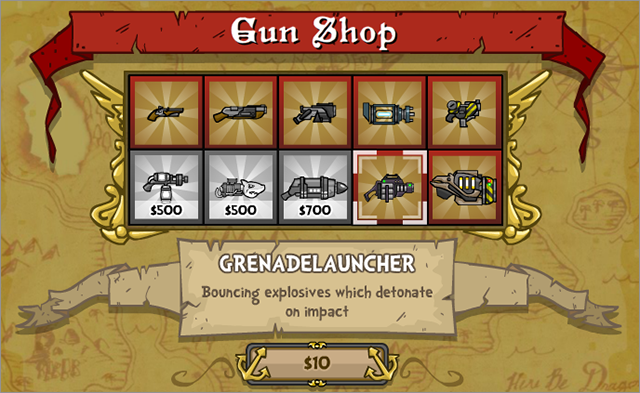