Ramps is an app that allows users to more quickly identify obscure fruits, vegetables and spices.

Ramps is an iOS app created by designer Jerome Tufte that offers “a visual guide to obscure foods.” The app was created with the intention to be used as a way to easily figure out exactly what certain fruits, vegetables and spices that may be found on menus or in grocery stores are. As food culture becomes more and more popular, chefs are increasingly incorporating obscure foods from around the globe into their recipes. I’ve certainly had to ask waiters what a particular item on a menu is, and Ramps makes that process entirely unnecessary. 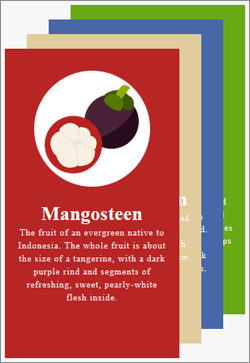 Know Your Fruits and Veggies

Ramps pulls all of its information from Wikipedia, Google Images, and Epicurious recipes, simplifying a design that remains consistent throughout the app. Illustrations of all of the foods were also done by designer Ariel Braverman, which further adds to the simplistic, cartoonish style of the app. It’s easy to browse through the visual representations of the various foods, and it’s also easy to search for a specific item. The app is currently loaded with 300 food items, although there are plans to incorporate larger food groups such as meats and cheeses in future updates.