Posted on Wednesday, November 7th, 2018 by Will Hagle 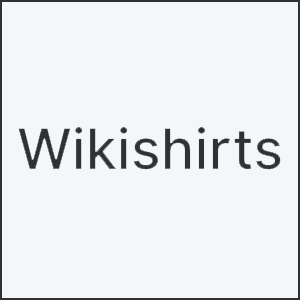 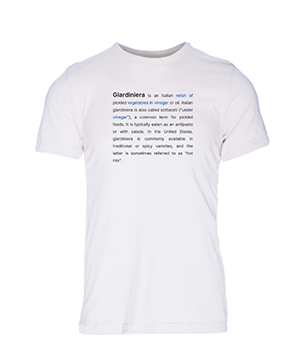 Almost everyone should, at this point, know what Wikipedia is. It’s one of the most popular sites on the web, as well as one of the most useful. Wikishirts, though unaffiliated with the volunteer-run free online encyclopedia, sells shirts that are procedurally generated from Wikipedia’s content. Each of the shirts are printed on white fabric, with Wikipedia’s signature combination of black and blue text. At the top of each shirt is the bolded word of your choice, followed by the description of whatever it is that you chose, which is pulled straight from Wikipedia. Each of the shirts costs $29.99. 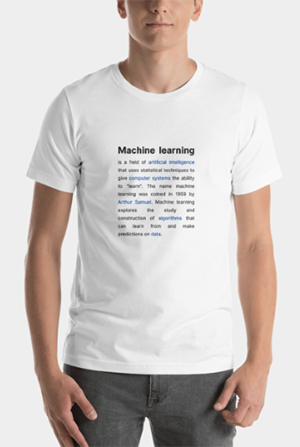 Wikishirts sells people on their strange idea by including a search box that asks “what’s your weird obsession?” In the FAQ of the site, those behind the concept explain that they created Wikishirts in order to help people better express their fashion in ways that big box stores don’t offer. Literally anything could be printed on a Wikishirt, and the owner should be willing to wear it with pride. The company also ships worldwide for free, and donates 10% of their profits to Wikipedia. It’s a goofy, gimmicky idea, but it is fun to see Wikipedia articles printed on shirts. If you have a weird obsession, consider checking Wikishirts out.